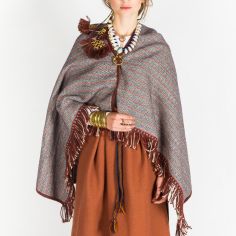 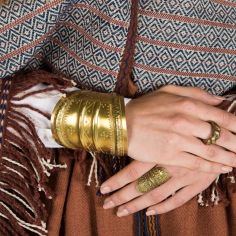 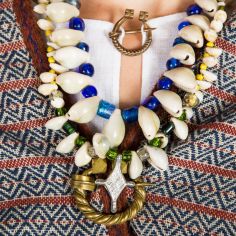 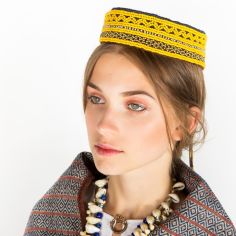 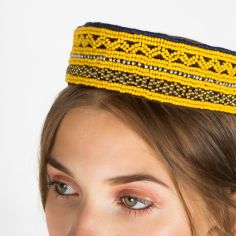 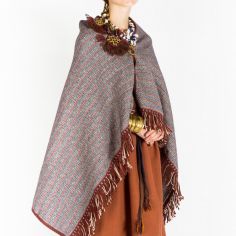 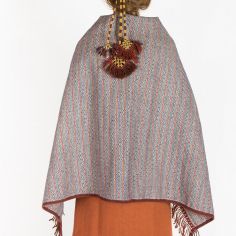 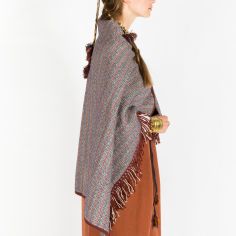 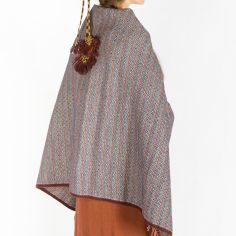 In the 14th century, Latgallian costumes underwent a great change. The dark blue woolen shawls with the interwoven bronze ring pattern were replaced by shoulder blankets made of wool and linen – either checkered or patterned. The shapes and ornaments of the armbands worn also changed.
Small yellow glass paste beads, tiny bronze spirals and tin-lead rosettes were used for decoration of both shoulder shawls and headdresses (vainags).

Metal crowns were replaced by those made of cloth, to which ornaments and bands were sewn. Pendants were attached to the back of the crown – this continued to follow one of the ancient traditions. These pendants were made of dyed wool threads and small bronze spirals. At the ends of the pendants there hung spiral shaped tassels. The typical metal neck rings characteristic in the past, gradually disappeared and were replaced by imported glass beads and cowrie shell necklaces.