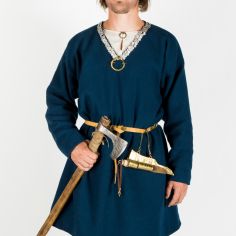 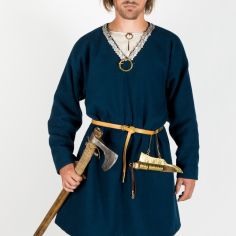 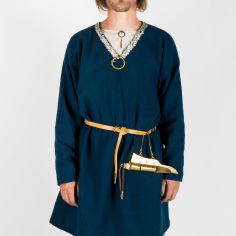 Livs made their men's costume reservedly. Only in some cases special decorations have been found. Decorations highlighted the edge of the neckline of their jackets, which were bordered with rows of tin-lead rosettes. The lower part of the jacket neckline was pinned up with a brooch, but a leather belt with a knife hung in an ornamented leather holster that was worn around the waist. There were few adornments for men – only one brooch for fastening the clothing, one or two armbands and a finger-ring.