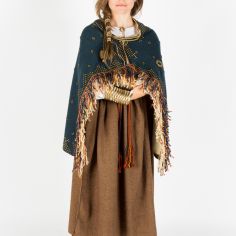 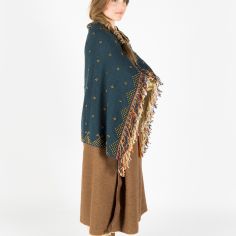 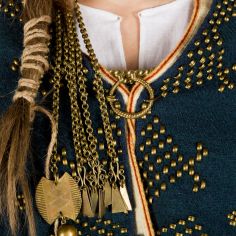 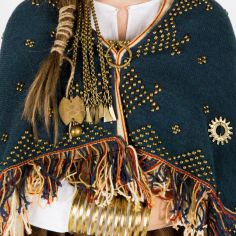 Selonian women’s festive clothing and adornments resembled Latgallian costumes. The Selonian women's shawls were richly decorated by interwoven bronze ornaments, often covering the entire length of the cloth. Along with these decorated shawls, simpler shoulder blankets made of plain wool cloth were used- embellished only by colorful threads woven along the garment's edge for decoration.

In place of traditional pins, woolen garments could be pinned together using "rotadatas"- these were pins without a metal facing, resembling the clasp usually found behind the metal or adornment of a pin. Jewelry resembling beaded garlands were used as necklaces, as well as neck-rings twisted or woven with dangling embellishments. Hollow bracelets with beast-head and spiralbracelets were as favorite.