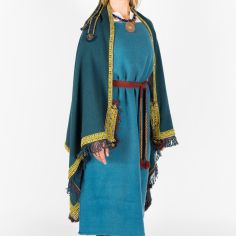 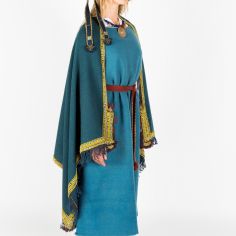 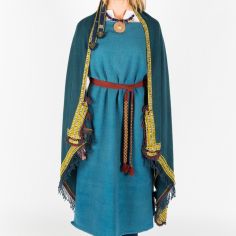 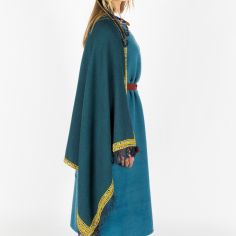 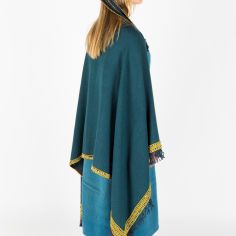 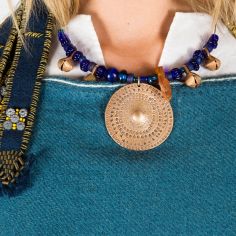 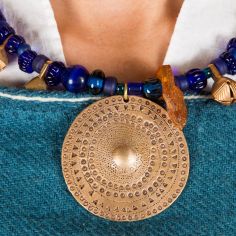 The arrangement and the decoration of the Vends (a group of the Baltic Finnish population, referred to in the 13th century Chronicle of Henry of Livonia who lived in the North-western part of Kurzeme, but as a result of the Curonian expansion moved closer to Riga. They later settled within the territory populated by the Latgallians near Cesis) costume shares similarities to those of the Livs. In the 13th century the traditional decorations of the woolen shawls were complimented by yellow glass paste beads. They, together with small rings and rosettes, were used to border the edges of the fabric. Depending on the width of the decorative bands that bordered the fabric, tassels were formed along the edges and corners of the garment. The metal crown (vainags) was replaced by narrow decorated hair bands that tied behind the head. Metal decorations were included on the ends of belts, however the adornments in general, were simpler and used in smaller numbers at this time. Typically found adornments from this period consisted of a special decorative pin and bead necklaces – the beads threaded onto metal wires.